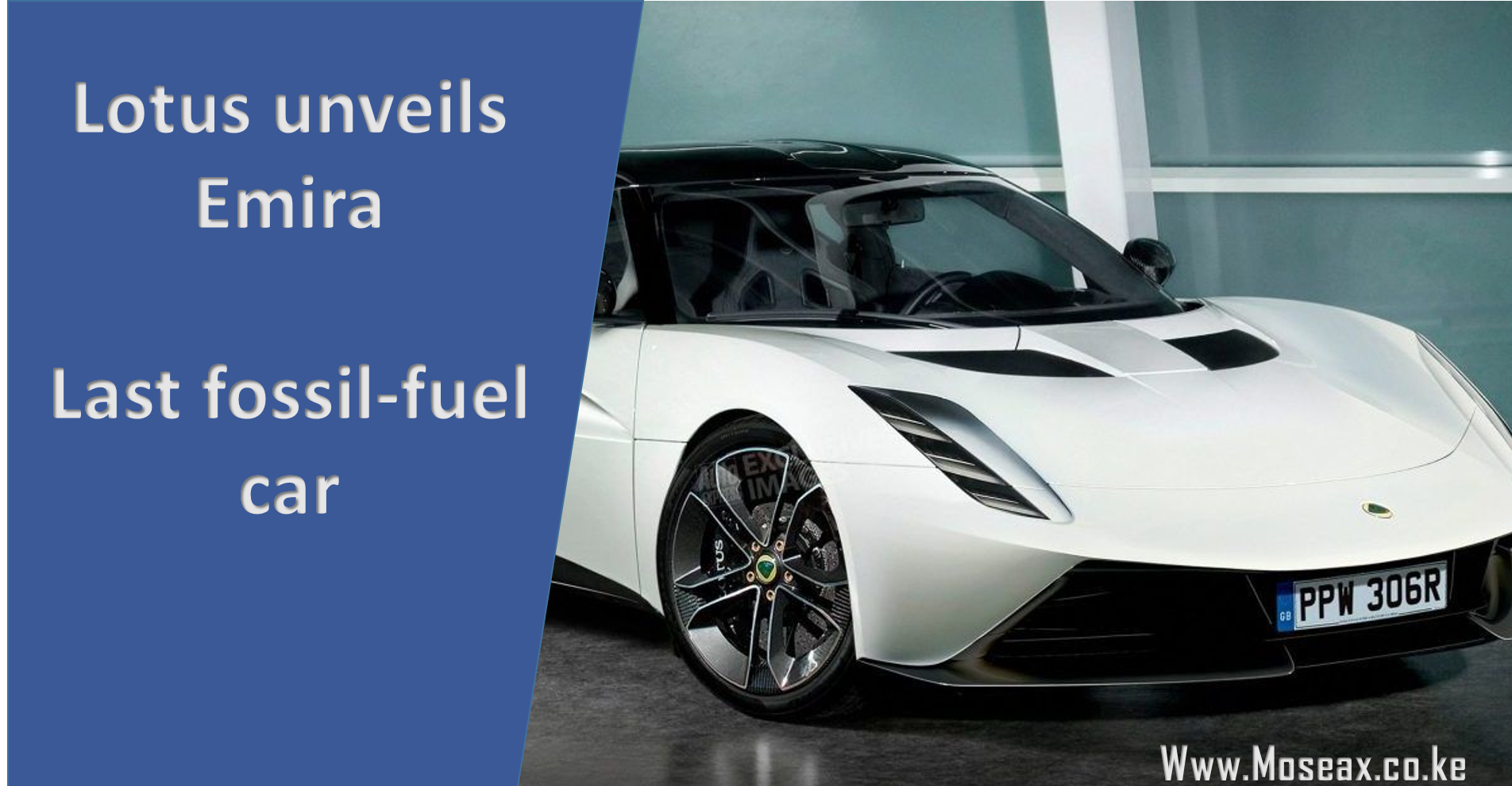 Lotus unveiled its last ever petrol car on Tuesday, a milestone in the British sportscar brand’s journey towards becoming an all-electric and far bigger automaker by the end of the decade.

Lotus and its Chinese owner Geely want to transform what is now a tiny company making some 1,500 sports cars a year into an electric powerhouse churning out tens of thousands of high-end saloons and sports-utility vehicles (SUVs) as well.

The expansion plan is not unlike that of Volkswagen’s  sportscar brand Porsche, which has expanded greatly since launching its Cayenne SUV in 2002. Porsche sold more than 90,000 Cayennes last year, by far its best seller with almost three times the sales of its most famous car, the 911.

The Lotus project is starting with the Emira, which it unveiled at its Hethel factory on an old air force base in eastern England where it plans to make about 4,800 of the sports cars a year – with the capacity to make more if demand is high.

The Emira, which will start at around 60,000 pounds ($83,000), is the first new petrol Lotus model in more than a decade but it will be the last powered by fossil fuels.

Lotus has designed it to look like a sibling of its Evija, an electric “hypercar” that will have a production run of just 130 cars – it’s the 130th model in Lotus’s 73-year history – and sell for some two million pounds ($2.8 million) each.

Pointing at the Emira and Evija side by side on the carmaker’s studio floor, Russell Carr, head of design at Lotus, said he’s looking forward to “sprinkling some of that fairy dust” on the company’s new “lifestyle” models.

Geely bought a 51% stake in Lotus in 2017, ending years of financial struggles for the company under various previous owners that had forced it to shelve some new model launches.

Lotus is now part of a growing empire for the Chinese automaker, which owns Sweden’s Volvo Cars and is the biggest shareholder in Germany’s Daimler

How to strategically locate your business