Qualifications and Requirements for Women’s Representative In Kenya 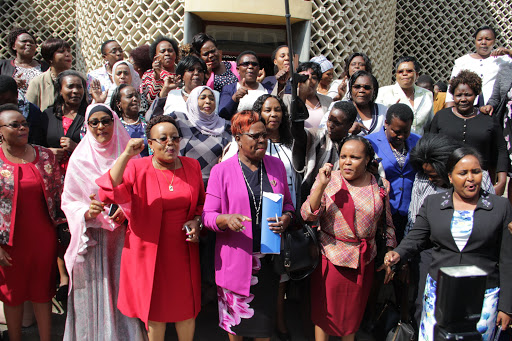 As a Member of Parliament, Woman County Representative plays three crucial roles. They are legislation, representation, and oversight.

Each county has a Women’s Representative with all the 47 Women Representatives operating from the National Assembly. It provides for more representation for women in Parliament.

To qualify for the position of women’s representative, a person must also be at least 18 years of age. There is no maximum age requirement.

A university degree from a university recognised in Kenya is also a requirement in 2022 general elections according to Section 22 of the Elections Act (unless the law is amended before then).

The candidate should present a certified copy of a national identity card or a valid passport. Either should be the document the candidate used to register as a voter. The candidate should also submit a passport size photograph of himself or herself with a white background in soft and hard copy.

If the candidate was a public officer, he or she should submit a letter of discharge from their employer. The letter should confirm that he or she was not an employee six months before the election date. However, this requirement does not apply to any elected representatives.

The party or independent candidate, or their authorized agent, should submit a duly signed code of conduct. The Second Schedule of the Elections Act (2011) contains the electoral code of conduct.

The candidate or their authorized agent should also submit a duly filled Commission Nomination Form 15. The form should contain the following information:

Independent candidates must also meet some additional requirements to qualify to vie for the position of Woman County Representative in Kenya.

They should get a clearance certificate from the Registrar of Political Parties. The certificate should indicate that the person was not a member of any political party for the last three months before the election date. (Regulation 15(a) of the Elections (General) Regulations, 2012).

The independent candidates should have a duly filled Form of Intention to Contest in the prescribed form. (Regulation 15(b) of the Elections (General) Regulations, 2012)

Every independent candidate must have a soft and a hard copy of a list of at least 1000 supporters in the prescribed form. They should submit the list to the County Returning Officer by a date IEBC prescribes.

A symbol the candidate intends to use during the election is also an additional requirement. IEBC should approve the symbol in accordance with Section 32 of the Elections Act, 2011.

The independent candidates should set up and maintain functioning offices within Kenya. Each of the offices must be available for IEBC to inspect by a certain date the Commission prescribes. The candidates should communicate the address (including physical address) of the offices to the Commission. (Regulation 20(1) and (2) of the Elections (General) Regulations, 2012).

The nomination fees should be in the form of a Banker’s Cheque payable to the IEBC. The fee is KES 10,000.